★ “Simply put, Budgets are Sexy is a fun blog to read.” – Inc Magazine

★ “If you like your personal finance a little on the wild side, you’ll have fun on this blog.” – Credit.com

★ “Lots of people dish out advice on how to get rich, but J. Money is one of the few to actually share his net worth with his followers every single month… It doesn’t get any more real than this.” – Mic.com 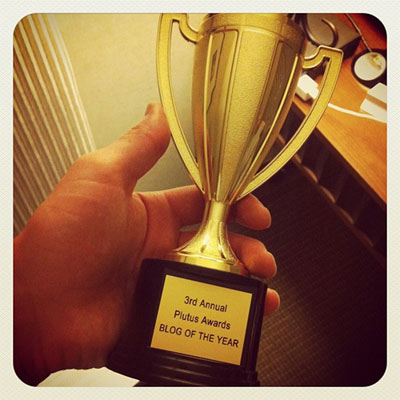 *The Plutus Awards are our industry’s personal finance blogger awards, where nominations and winners are chosen by peers in the community. More info.

*For a brief time in 2016 I co-hosted a podcast originally titled “M.O.N.E.Y.” with Paula Pant from AffordAnything.com. We interviewed each other about money (as well as a handful of others), and the link above takes you to the 1st of the 26 episodes we did together… With the rawest, and one of my favorites, being the last show when I left: Episode #26