You don’t have to own something to enjoy it. 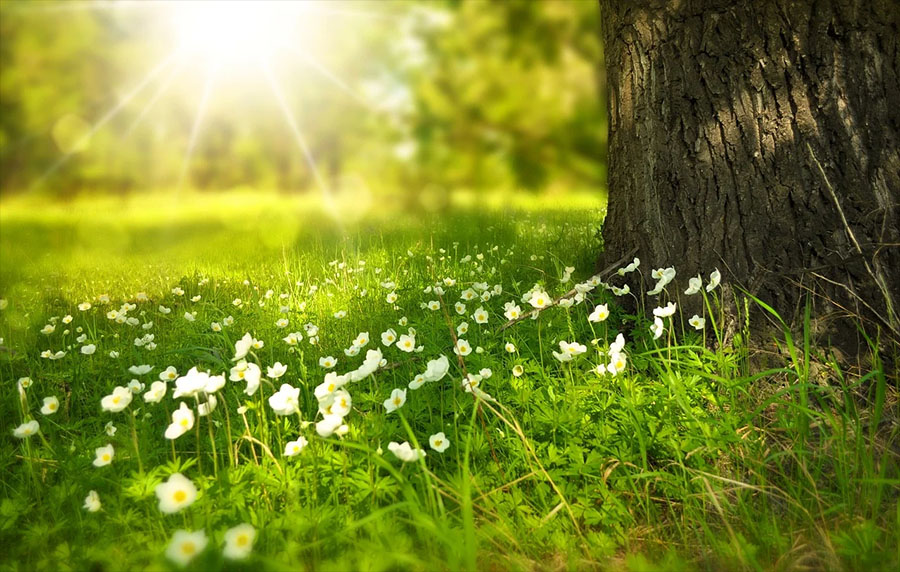 Nothing too juicy to report on this side – unless you’re a fan of ticks which I’ve found crawling over me multiple times this week! (the cons of having large gardens 🤢🤢🤢), so today’s newsletter will mainly just contain my favorite reads and video from the week…

Though I did start a new book that I’m really enjoying! And if you’re a fan of TOMS shoes you might too. I’ll drop a link to it down below. I was also interviewed on a podcast this week: The FI Show. Where we covered designing a work/life balance, the love and transparency within the personal finance community, how I incorporate philanthropy into my daily life, and how I was never really naturally that great with money (or even had a background in it), but still managed okay due to a number of habits and hustle over the years.

You can check it out here: Finding Your Work-Life Balance w/ J.Money 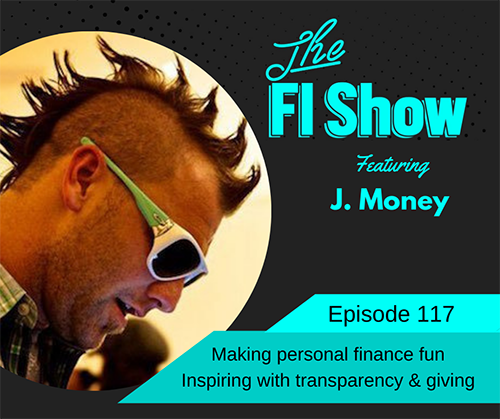 Onto this week’s faves!

Winnie the Pooh Translates Financial Jargon via A Wealth of Common Sense — “This meme is perfect for finance because it’s an industry that relies on jargon as a way to sell, confuse and signal higher than average intelligence. Words are meant to impress in the world of finance and convey expertise.”

What Growing Up “Poor” Taught Me About Minimalism via Becoming Minimalist — “Not long after Mom passed away, my little family and I felt an impassioned call toward a simple, minimal life. We sold what we had to pay what we owed, and with reckless abandon, gratefully released the “American dream” and all it demanded of us. We are now three years into this amazing adventure, 100% debt-free and have never been happier or more at peace.”

WTF Is an NFT? by Budgets Are Sexy — “Non-fungible means unique, one-of-a-kind, not replaceable. Example: U.S. dollars are fungible. One dollar can easily replace another dollar. You and I could trade an old $10 bill for a new $10 and we’d both feel fine about it. That’s fungibility. So, a non-fungible item has unique properties such that it can’t be duplicated, replicated, etc.”

Your Life is Always Just Beginning via Raptitude — “With a movie, you always have to put together the story from a standing start, because you’re already in the middle of the characters’ lives. You can’t actually see what happened before the first image appears, but you can piece it together through exposition… Stories begin in the middle, and the middle is always now. Real life is like this too.”

The Little Mermaid: From Hoarder to Heroine via Yellow Brick Freedom — “Ariel reminds us that stuff isn’t the stuff of life. She reminds us that life is about living, not accumulating. It’s about swimming to the surface and using those things, what do you call them? oh—feet!”

Memento Mori: Carpe Diem’s Older Brother via Mantaro Money — “As Confucius, the ancient Chinese philosopher, said, “every man has two lives and the second one starts when he realises he only has one”. Contemplating your own mortality allows you to get on with your ‘second life’ sooner rather than later.”

A Few Short Stories by Collaborative Fund — “Notorious BIG once casually mentioned that he began selling crack in fourth grade… Incentives drive everything, and most of us underestimate what we’d be willing to do if the incentives were right.”

The Young Buffalo 🐃 by 5AM Joel — “A young buffalo once asked his Dad… “Hey Dad, what’s the scariest thing in the world?” The father buffalo told him it was a lion! Because lions eat buffalo. The young buffalo thought to himself for a moment and then said, “OK Dad, if I ever see a lion I’ll run away in the other direction as fast as I can!” But the Dad said that’s actually the opposite of what he should do. He then gave his son this wise advice…”

If You Want To Eat the Rich, Stop Feeding Amazon via Bitches Get Riches — “Next time a warehouse worker passes out in the choking heat of an unventilated warehouse, I don’t want my three-pack of cotton sport thongs to be what paramedics find clutched in his unconscious hands. So, I quit. I stopped feeding Amazon my money. And I realized a lot when I did.”

Video of the week:

Rodney Mullen: Pop an ollie and innovate! via Ted.com — “Rodney Mullen is the godfather of street skating, and in this exuberant talk he shares his love of the open skateboarding community. He shows how the unique environments skaters play in drive the creation of new tricks — fostering prolific ingenuity purely for passion’s sake.”

Book of the week: 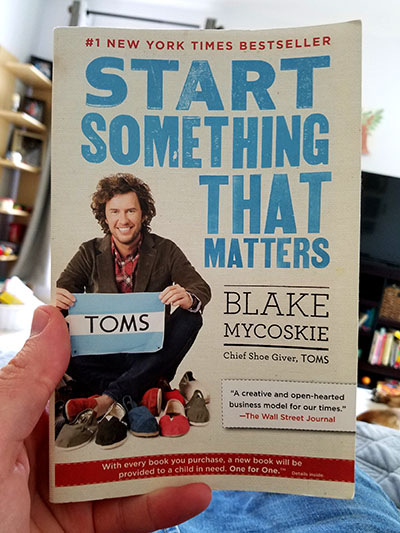 Start Something That Matters by Blake Mycoskie — Got this book from my brother the other day and haven’t been able to put it down! It’s old (2012) but REALLY good. Whether you’re into business or not (but especially if you’re into business!). Here’s a snippet on Blake for those who don’t recognize the name:

In 2006, Blake Mycoskie founded TOMS Shoes with a simple business model: “With every pair you purchase, TOMS will give a pair of new shoes to a child in need. One for One.” In 2011, TOMS launched its second One for One product, TOMS Eyewear, which with every pair purchased helps give sight to a person in need by providing medical treatment, prescription glasses, or sight-saving surgery. When Blake isn’t working at TOMS, he spends his time reading, writing, fly-fishing, and participating in just about every board sport.

Quote of the week:

One last nugget to ponder as we head into the weekend :) And I can tell you from personal experience this is very much true!! Both with “stuff,” as well as other things in life.

“You don’t have to own something to love and enjoy it.”

A line that can serve us pretty well over time….